About five years ago I did a BBC Radio 5 Live interview, which was indeed live, about Ben’s nativity play which we had been to the day before at his then school. The BBC had been filming the rehearsals for the play and interviewing parents before the final performance, and a lovely film featured on their website. It was also picked up by 5 Live and Ben’s school asked if I could be interviewed on air. I said I’d think about it and spoke to my husband, James, who said obviously I should do it – why wouldn’t I? And he was, of course, right.

Before talking directly to the presenter on air I had a conversation with the producer of the show who asked about nativity play. He was friendly, but it was clear the story they were looking or hoping for (similar to the website headline: ‘The parents who never expected to see their child in a nativity play’) was one of my surprise that my disabled child had taken part in a nativity play. Ideally I would talk about how amazed I was, that I had never expected this to happen because my child was, you know, disabled.

I gently pushed back and said the play had been amazing but not beyond what I had dreamt for my son, because the school was great so it was entirely within expectations that they’d do a Christmas performance. Then I tried to give them an alternative story (encouraged by James who has done substantially more media interviews) which worked. When I was put on air and talking to the presenter she asked about Ben’s progress at school and I told everyone that he’d read new words the week before which was a much better, feelgood, story. I wrote a blog about it at the time here.

I had never thought about nativity plays and been sad that Ben would never get to be in one. I’d never really thought about nativity plays at all – for either (at the time I had two) of my children. I don’t spend much time thinking about whether they will or won’t take part in these rites of passage. But if I had then I would have presumed that Ben’s excellent schools would make some version of it happen, and they have – we’ve been to a Christmas play every year since Ben started school. I wouldn’t say he has always enjoyed them, but they have happened.

Over the years Ben has got better at being able to take part in these kinds of performances without finding it all too overwhelmingly bright, loud, unexpected and unpredictable. His current school has an Awards Night every year where all of the pupils’ achievements are celebrated. There are some speeches and performances and each child goes up onto the stage to accept a certificate. The first time we went Ben hated most of it, but particularly the moment when he had to go up to the stage, and we wheeled him off the stage in tears straight to the car to drive home, leaving six members of our extended family clapping for children they were not related to. He gets overstimulated by the cacophony of music, clapping, lights, people and being the centre of attention. This kind of event doesn’t happen every day and therefore is hard to handle for him.

We didn’t go to the second awards night. We gave the third a try and didn’t invite other family; Ben’s crying that year wasn’t quite as loud but still heartfelt. This year we tried again and prepped thoroughly. We talked Ben through it for days before, agreed with him who would go onto the stage with him. As the ceremony started James read furiously from a poetry book and Ben allowed himself to be occasionally distracted. When it came to his class’s turn, James and Max wheeled him up to the side of the stage and delivered joke after joke to Ben.

I watched nervously from the audience as they came up to the stage and the headteacher handed Ben his certificate. I could see Ben was tense, already sweating from the stress of it all, but HE WAS NOT CRYING. He even managed a small hint of a smile. And then they wheeled off. Max appeared a few moment later demanding more sweets and when James and Ben returned to our seats we agreed we shouldn’t push our luck and beat a jubilant retreat to the car. 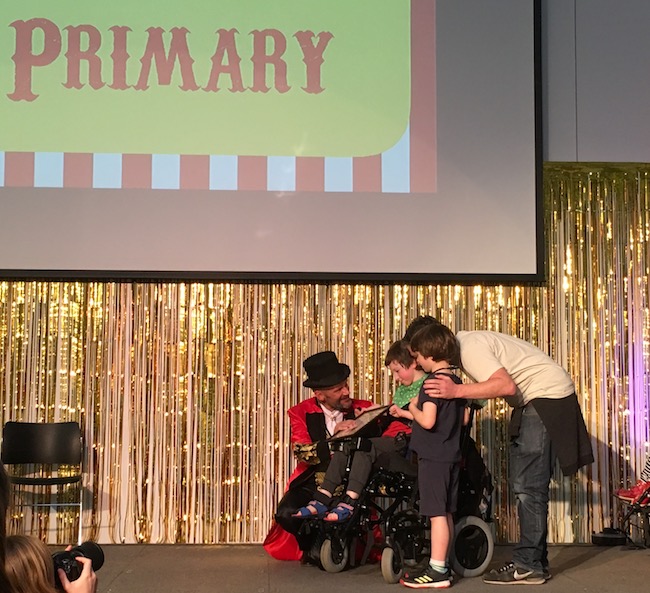 So when, a week later, the school asked us whether Ben should take part in an evening music performance we were unsure. They reminded us that we had said no the year before. But now, fresh from the success of awards night, maybe we should give it a go? It’s a delicate balance with these things between it feeling wrong to force Ben to take part in events he hates and making him stretch his comfort zone so that he can discover that it’s broader than he thought. We said yes. 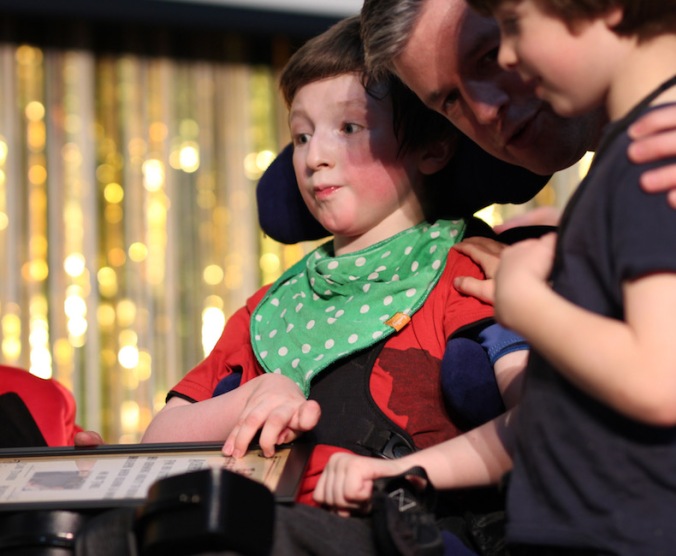 On the day Ben’s teacher said they would take the kids to a rehearsal between the end of school and the performance so we just needed to turn up at the venue at 7pm. We had sent in his dinner that morning and they got him ready to go. We were so nervous we left home early and had time for an unusual Monday evening drink – just two parents having a semi-relaxed glass of wine before going to watch their son in a concert. It felt like a Thing that we hadn’t been involved in any of the preparation for this – we weren’t the ones getting him fed and changed and ready – we would just be spectators.

The performance was in a converted church and we took our seats looking down on the large area of floor which was the stage, where once there would have been an altar. Ben and his gang (five kids, five teachers/assistants because that’s how special needs schools roll) were at the side of the stage and Ben looked more relaxed than we had expected. The concert began and it was a mixture of folksongs played by professional musicians and pieces with children from other, mainstream, schools. We could see Ben getting more tense but his teacher was sitting right next to him and talked him through it.

When it came to Ben’s school’s turn they wheeled the children onto the stage as the compere/conductor explained that musicians from the London Symphony Orchestra had been visiting the school and had composed a piece with the pupils. He introduced each of the children and their instrument: ‘This is Ben. He is playing the ipad’. Ben had a trumpeter standing directly in front of him and when he touched the ipad with his hand the notes changed according to the pressure and direction of his touch. The trumpeter then played each phrase back, mimicking his ipad music, like a freeform duet. Other pupils played drums and buttons linked to recorded music. It was glorious.

Ben sat patiently at the side of the stage for the rest of the concert, listening to beautiful children’s choirs and enthusiastic drumming. At the end we collected him, thanking his teacher for the utterly brilliant way she had helped steward Ben’s emotions through the evening, and saying hello to the trumpeter who was chatting to Ben. We paused outside the church to collect ourselves and our belongings and people came up to Ben to say hello, to say well done. One lady bent down to his level and stage whispered, ‘Ben. That. Was. Fabulous.’ As we walked away, the evening warm and still light, a family coming the other way said, ‘Bye Ben, well done.’ We don’t know any of these people. None of them knew his name before his performance. It was amazing. 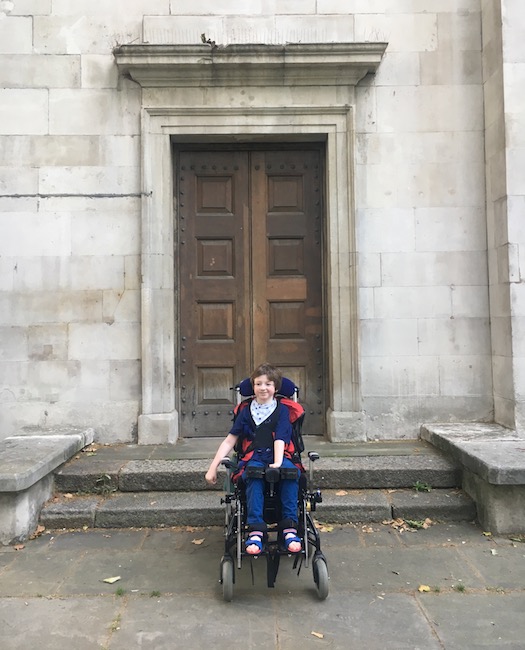 I hadn’t imagined Ben would perform with LSO musicians, not because I’d thought he wouldn’t be able to do it because he’s disabled and would be sitting at home excluded from normal childhood opportunities (see BBC headline above), but because I didn’t know my children would have the opportunity to perform with LSO musicians at all. I would have been proud of any of them taking part in a ‘proper’ concert like this.

But particularly for Ben – it’s not that I’m amazed that he took part in these performances despite his disability; it’s that I’m so proud of him taking part in these performances because he’s disabled. Because he’s worked (working) hard to overcome all the reasons why things like this are sometimes overwhelming for him. I think it’s amazing that he has got to the point of being able to enjoy these opportunities despite finding it hard to cope with the noise, stress, unfamiliarity they involve. I love that the iPad was treated equally to the trumpet, and his disability incorporated, and that all the other parents and children remembered his name and came to say hello. It was one of THOSE moments which I’ll talk about when I’m old and dotty and reminiscing about how much joy my children brought me. 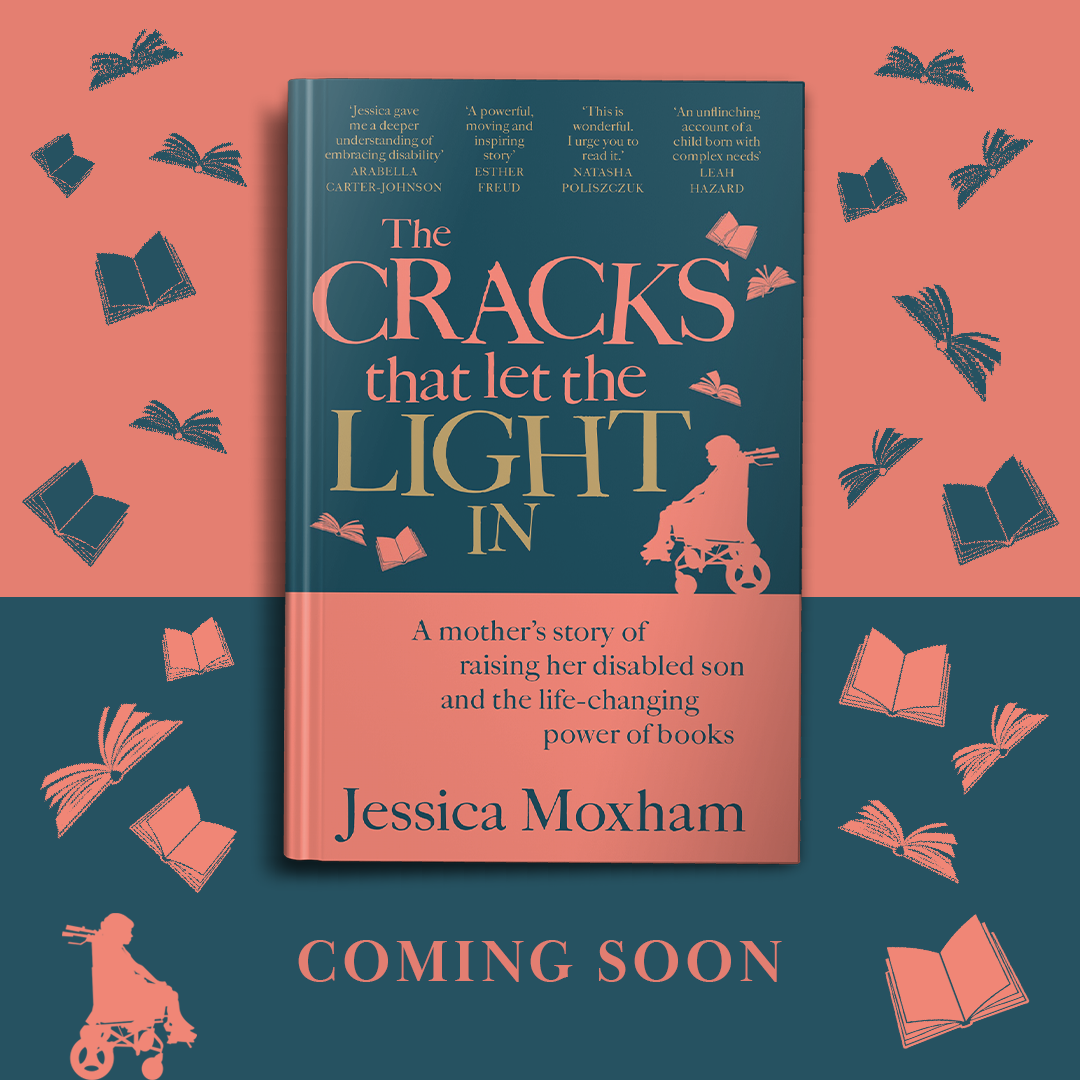 Ben’s been off school all week with a cold and it’s thrown us all off. Not just in someone needing to be with him all day (and we’ve been lucky that some of his carers have been available) but also because it turns out our morning routine is carefully calibrated around Ben leaving on his bus. Without that cue, we end up scrambling to get Max and Molly out the door, them reluctant to go to school, sometimes having forgotten to brush teeth 😬
It’s (almost) the most wonderful time or the year! The night when, at 11pm, we manage to clear just enough shit from our shelves to precariously prop up 24 wrapped books!
It’s #carerrightsday, apparently. Caring comes at a cost, and often that cost is the ability to work. I am an architect but have hardly earned money in that career since Ben was born. We have been lucky that James has been able to work to support us, and I have mostly been happy to be the parent at home.
Ever since we first had Ben, James has travelled with his work. The amount has varied over the years, but I’ve often found it intense and have been low-level resentful of his absence, mostly manifesting itself in self-congratulation mixed with passive-aggression. A winning combo.
The kids have been exchanging occasional voice notes with James because he’s away at the moment. I find it’s a tough balance when one parent is away - hearing their voice reminds everyone they’re missing them, but also the kids want to know what the missing parent is doing.
Alaa Abd El-Fattah has been a political prisoner in Egypt for most of the past decade and has been on hunger strike for over 200 days. He has now stopped drinking water, as COP27 starts in Egypt, and time is running out to save him.