I recently took Ben to a new place, for a new thing, which involved us swimming in a pool. It was a brilliant morning – the kind of pinch-me event that makes me so grateful that Ben has these opportunities, that I get to do this stuff with him.

But accompanying the #blessed vibe, there was the cold, hard reality of needing to get Ben and me into our swimming costumes. We were at an unfamiliar school and there was a teaching assistant on hand to help get Ben and another child ready. As I got Ben onto the changing plinth, she said she would get Ben undressed while I got changed. This seemed sensible since I couldn’t really get naked in room full of strangers, so I left her to take Ben’s jumper and tshirt off while I popped next door. When I came back, I took over and continued to undress Ben. As I was putting some of his clothing in our bag, she started to undress Ben’s bottom half. I said I would do it but as I did, she continued to help. I repeated that I could do it.

She was being helpful. But it felt uncomfortable. I was there and happy to do all of it. We didn’t need help. Ben didn’t know her, and there is an intimacy to undressing which feels odd with someone who he has just met, who he had been cursorily introduced to, and who he is now expected to be on intimate, but unequal, terms.

Ben will always require assistance, he will need people (mostly able-bodied) to help him access the world. There is likely to be an imbalance in power and a dynamic in these relationships where Ben is more dependent, and this be interpreted as weakness. The solution isn’t for me or James to do everything for him, and for us to reduce his dependence on other people by increasing his dependence on us as parents. I am thinking about how to frame these interactions in an age-appropriate way – all children are dependent on adults in some way, but for Ben that means help to be changed and fed as well as taught and entertained.

Some of this is basic – it’s reasonable for Ben to expect people to introduce themselves and explain or ask him about what’s going to happen next before they start to undress him. Some of it is more nuanced. There are people whom Ben immediately likes and trusts, but we can’t expect that this magical energy will materialise in every interaction. Maybe sometimes Ben’s immediate need to be changed, fed, moved or assisted overrides his lack of immediate warmth to the person doing the changing, feeding or moving. Children don’t get to choose all of the adults who they interact with, but I think they should have a sense of what is okay and what is not, and should always feel safe and respected.

Last year we had a carer at home who was mainly assisting and entertaining Ben with us at the weekend. We weren’t convinced she was hugely enriching Ben’s life but with a full family life including two other kids, she helped ensure Ben had what he needed and was read some books. I felt guilty that he was spending time with her (albeit only a few hours), but that’s the bread and butter of being a mother to three kids.

One afternoon I went upstairs to see how Ben was getting on and as I walked into his room she was hoisting him out of his chair in a way that was wrong, despite having been shown how we do this to make sure Ben is safe and comfortable. I then realised that she hadn’t moved him all afternoon and he was wet and uncomfortable from being in the same chair for hours. I was shocked and explained to her why all of this was unacceptable in front of Ben before asking her to leave the room and having a further chat with her on our landing. I felt protective, like a lioness who needed to corral her cubs and keep them close forever, and I asked her to leave. I bathed Ben carefully and put him in dry, clean clothes and we all watched TV together.

I had reacted in the moment. We generally try to have conversations with Ben’s carers away from the children as we don’t want our house to be a constant management exercise witnessed by them, and they need to have relationships with the carers we employ independently of us. But as I calmed down, I thought it was totally fine for Ben to have witnessed my shock and to know that I thought it was unacceptable.

It is not right for Ben to feel unsafe in his own house. It is not okay for him to be dependent on others for his personal care and for those people to not give it the thought and attention that they should. He shouldn’t have to put up with mediocre communication and monosyllabic conversation. He needs to be able to trust people with intimate moments of access.

I think it’s appropriate for him to see us calling out moments where people do this wrong. We need to make explicit what our expectations are, and to hopefully build in him a sense of what he can expect from adults, how much he has to put up with and when he’s allowed to protest. Later that night Molly, then age two, asked what the carer had done that was ‘naughty’ because she had heard my conversation with her on the landing and had (correctly) interpreted it as a telling off. I told her that the carer had done something wrong to Ben and she had gone home. 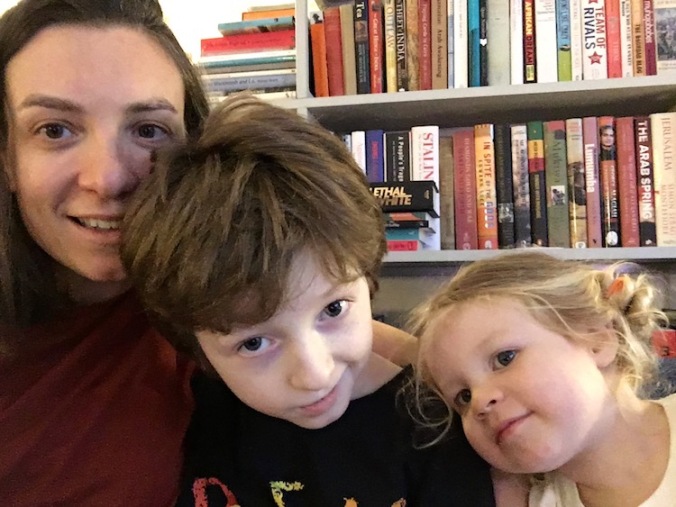 As I put Ben to bed, I explained that it wasn’t okay for the carer to have moved him in a way that was risky, to have left him in his wheelchair for so long. I don’t know for sure how much of this he understood, but I hope Ben – and Max and Molly – know that he has a right to feel safe and comfortable, and grown-ups aren’t always right.